Sojourns in the Realm of the Undermoon 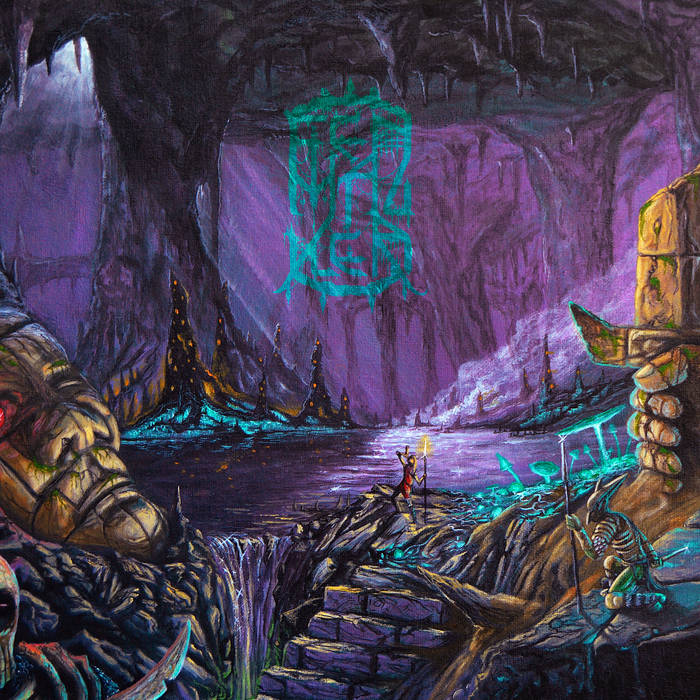 Kaptain Carbon The sharp synths and progressive nature of Fen Walker’s music fits the motif of shamanistic visions and strange spirit quests. Sojourns in the Realm of the Undermoon continues this theme with another record poised with pulp adventure befitting of a faded paperback cover. This release concludes a loose trilogy of records that I may not have been around for the beginning but am sure glad was here for the end. Favorite track: Skybound I.Honor Reclaimed II. Sabatoge III. Marooned.

Death Itself an Adventure for the Ages Favorite track: The Hundred League Stair/'Neath Fungal Fronds.

LurkMusick 80's vibes slammed all over a neon dungeon of high adventure. Fen Walker continues to be one of the most original and easily coolest acts in the synth scene! Favorite track: The Hundred League Stair/'Neath Fungal Fronds.

The Wanderess, sacred guardian of the ancestral barrows of Ur has failed. Her charge burns and the raiders responsible escaped over the North Expanse with her people's most holy relic, The Fang of the Fathers. Before her is destined a great adventure. A trek over seas and under soil. A journey of great discovery and great loss. A meeting of ingenious minds and loathsome monsters. Can she restore the honor of her people? Can she defeat the horrors that lurk in the deep places of Ur? Can she vindicate herself?

Here is the final chapter of The Wanderess saga. Journey with her as she fights to reclaim her honor, traverses treacherous tunnels, fights cave dwelling monsters and fulfills a prophecy in a land not her own.

"An enchanting and enthralling listen, this is the perfect soundtrack to your next RPG session or reading some high fantasy."
-The Metal Observer

Wayfarer-Orchestration
Recorded, Mixed and Mastered by Wayfarer at The Bookhouse