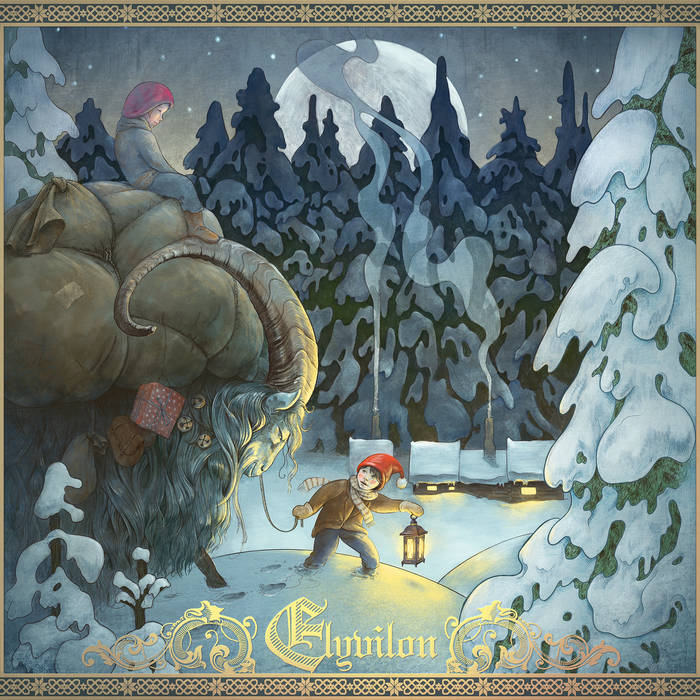 Those glorious days of summer, once boundless, are now but a distant memory. The once-unassailable walls of the sunlit kingdom are now battered and crumbling, pushed back each day as the night creeps in and Old Man Winter breathes frost upon the land. As Hati, slavering, pursues that great flaming chariot further and further over the horizon. In these days darkness reigns, and the candle's flame is but a solitary mote ensconced in the ever-encroaching night. In such a time, Man and Beast alike are besieged in their hovels, breath snatched away by the keening northern winds.

And yet, a lone beacon betwixt darkness and frost begets that much brighter a flame, against it all. And in much the same way, amidst the nadir of hivernal despair the human spirit shines brightest as well. What better time to celebrate mirth, levity, and the indomitability of the Questing Soul than in the face of the night's greatest triumph?

The darkest night of the year is here. The night wind drifts by, punctuated by scant snowflakes and a breath's dwindling mist. Off in the distance the village lies, hazy, bathed in by the candles' calescent glow, as joyous flame dances upon the blanketing snow, pines drawn in close all around. The Julbock stamps, package-laden and woolly, bells chiming softly amidst the snow-deadened air, the notes mixing with the sweet sound of a choir drifting up from the village below. Under the silvery sheen of the watching moon the Julbock sets off into the snow... it's time to deliver some joy. It's time we celebrated. It's time we stood, defiant in good cheer against the surrounding night.

All tracks written and performed on synthesizer by Elyvilon, as the candles burnt low all around him. Mixed and mastered at Raydon Studio. Cover art by Nils Mosimann. A mighty thank you to TheOnlyDanol for his performance on Good King Wenceslas.